G.H.T is a Swedish one man´s band that started in 1987 and was active for a few years. Then the band fell asleep until 2020 when the album Down the Valley of the Shadows was released.

Most of the songs on the album Down the Valley of the Shadows are based on poetry by Edgar Allan Poe. Other songs have taken inspiration from the Bible.

During the summer and autumn 2020 G.H.T recorded a new album, The Seven Deadly Sins.

The album has taken inspiration from the seven deadly sins and written lyrics about the subject and implemented bible lyrics.
The new album Voices of the Night was released may 21 2021. It is based upon poems by the famous poet and writer Henry Wadswort Longfellow.
In the music project G.H.T, music is in focus, but just as important is the expression around photography and moving images. To create a whole to convey a feeling to the person who listens and watches the music videos that have been produced.

Artists such as Skinny Puppy and others in the genre of industrial music have been a great source of inspiration for the music that G.H.T creates. The feeling from various horror films is included in the creation of the music, such as the film Hellraiser. 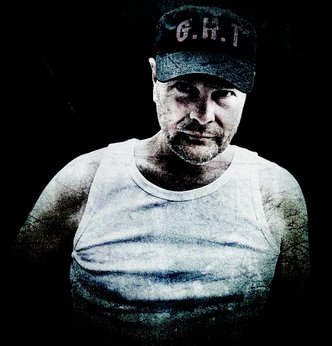